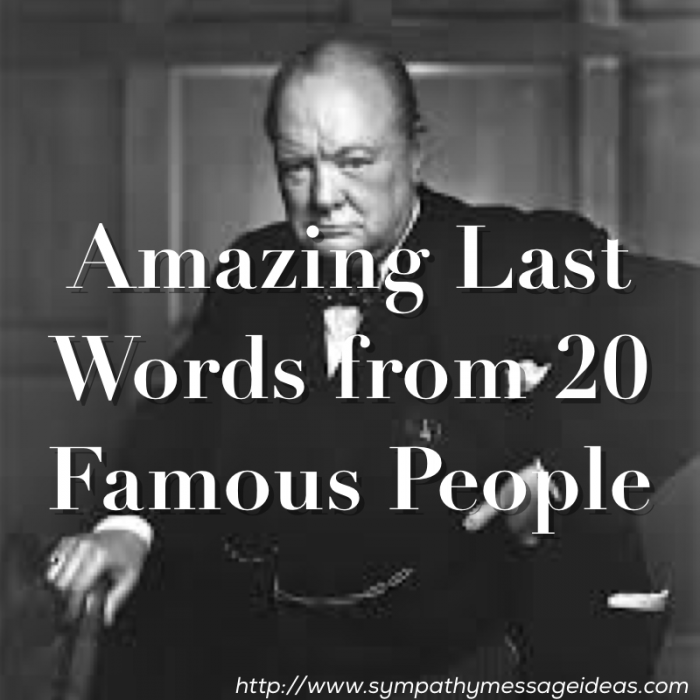 The final words said by someone can leave quite an impression. Not just because of their significance to someone’s life, being the last recorded thoughts they have, but they often take on a greater meaning.

Especially when they are poignant or funny. And many famous people have spoken extremely memorable words in their final moments.

So take a look at some of these famous last words of a variety of well known people below.

We hope these famous people’s last words have inspired or made you laugh. Some are surprising and some more interesting but it just shows how the last thing you say can be very memorable.