When sending a sympathy card there can be worry about the correct protocol or ways in which to do things. There are no set rules to this but we can offer some guidelines that you may wish to follow in order to avoid causing any offense or upsetting the recipient. These are by no means the only things to consider when sending your sympathy card, and you may find that some do not apply to your situation. But you should be able to use them as a starting point for what may or may not be considered appropriate. If you are worried about certain aspects of the process of sending a sympathy card, some of the topics covered here should help to allay some of your fears when it comes to the correct sympathy card etiquette.

If you are looking for more ideas and help with what to write in a sympathy card, and what is the right thing to say for different people (friends, family, acquaintances etc.) try our Sympathy Card Writing Tips

How Long Should I Wait Before Sending a Sympathy Card?

There is no set answer to this. You should endeavor to send it as soon as you hear of the passing, but you can also wait a little while too if you are worried it may seem rather quick. Even if you have the opportunity to speak to them face to face though still send a card.

When Has too Much Time Passed to Send a Sympathy Card?

If possible then you will want to send a card or note as quickly as possible. But you may not hear of the passing until a later date, and that could be months after it has happened. If that is the case then it is still a good idea to send a some form of card or message to let the person know you are thinking of them. If you don’t then they may think you have just ignored the death and don’t care about it. Later is better than never. Obviously if many years have gone by then it would be a little strange for you to send something, but if it’s still only months, or even a year then you can be confident it isn’t too late and the effort would be appreciated.

Can I Send an Email or Text Message as a Sympathy Message? Or do it via Twitter/Facebook?

NO! It doesn’t take much effort to purchase a sympathy card from a shop or online, or even to write a short message on some blank stationary. Even if you learned the news of the deceased on social media it is still not a good idea to send your condolences that way, especially if you knew the person well. However, once you’ve sent a card/note then you may express your sympathies again over social media. Remember though – the first thing you should do is send some form of sympathy card.

Can I Offer them Support?

Yes, but you must make sure your gesture is then backed up. Do not offer something you cannot deliver on. For example, if you offered to babysit for them or help with the funeral arrangements, you have to follow through on that. Get in contact after your offer of support and repeat it, maybe even in person, so that they can take you up on your offer without feeling guilty about having to ask. So think about whether you can genuinely help before promising to do so. You must not offer to help and then just disappear. An empty gesture is much worse then no offer of help.

Can I Say Anything Religious?

This will have to be based entirely on your own judgement. Only you know the person you are sending the card to, and whether something religious will be appropriate or offensive to them. Using religious quotes or verses when you know them to be an atheist, for example, would not be a good idea. But for the most part saying something like “you are in my prayers” is not likely to cause any offense. The last thing you would want to do in their time of grief is start pushing your own religious belief onto them. Of course if you know they share the same beliefs as you then it would be completely appropriate to use religious wording. But overall if you are in any doubt then avoid overtly religious messages and keep it simple.

If you are sending flowers then there is a good chance they will come with a note. However, it is considered better to send your own separate card or note as it will allow you greater space to express your true feelings. It is not a good idea to rely solely on the printed note that will come with the flowers, unless the shop you have ordered the flowers from will let you write your own. To be on the safe side though, try to send your own card as well as the flowers.

Should I Send Money or a Gift?

No. This would, by most people, be considered offensive. Unless you know otherwise that the person receiving it would appreciate some form of gift or money then it should be avoided. It could easily be misconstrued that money or presents can bring consolation for a loss. Stick to flowers and a card.

Do you Send Sympathy Cards to Family Members or Relatives?

If the loss is a relative that you wouldn’t consider extremely close – a cousin for example – then it may be more appropriate to send a card in this situation. Offering your condolences and letting them know you’re thinking of them is a touching gesture and likely to be appreciated.

Should you Send a Sympathy Card if you go to the Funeral?

A sympathy card or note is often sent to the family if you aren’t able attend the funeral. However there are situations where it is accepted. For example you may attend but also send flowers to the funeral or home of the family of the deceased. A card usually accompanies those flowers. So in this instance you would both go to the funeral and send a card. And realistically showing your sympathy in both a card and as a funeral attendee is unlikely to cause offence. In fact it shows you care even more deeply.

Other Things You Can Do

Other Things NOT to Say or Do 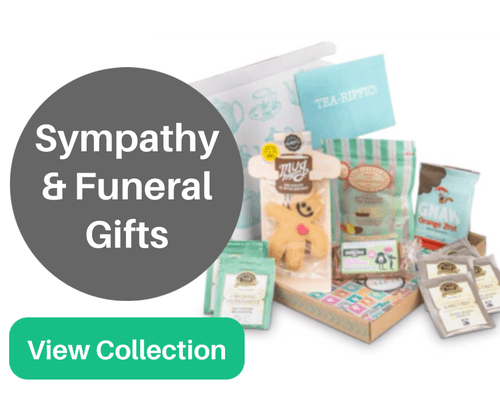