Funeral Guides How to Announce a Death on Facebook: A Simple Guide

After someone has passed away it falls to family to announce the death. That can be done through traditional ways but it’s becoming more popular to announce a death on Facebook.

As we are in touch with so many people through Facebook it makes sense to announce something like the death of a loved one there. It’s a quick and easy way of letting friends, family and the wider community know the tragic news.

The announcement can also be shared and reach more people when posted on Facebook. And it relieves some of the strain and pressure on the family to do a formal announcement, something that can be hard when they are grieving.

So if you want to announce a death on social media this guide should help you with how to do it, what to write, the etiquette to follow and more.

If you just want a brief outline of what to do and how to do it then follow this quick step by step guide:

Whilst this is a very basic outline of what to do hopefully it will help you to navigate something as difficult as announcing a death on Facebook.

Have all the Details

Before posting your announcement make sure you have all the details first. You want to include things like cause and date of death, funeral or memorial arrangements etc.

So if you don’t have those yet then hold off posting an announcement until you do.

Most people aren’t going to want to read a eulogy or obituary on Facebook. So keep it short and try to include the main details – that whoever it is has passed away – in the first few sentences. That way they will be made aware of the death without having to specifically open the post.

Some people won’t be ready or in the right frame of mind to deal with reading about a death. Especially if they’re just casually scrolling through Facebook.

So include a warning at the beginning of the announcement. It only needs to be simple, something like “Warning: this post contains sad news”.

A death announcement is meant to be respectful and serious. Using emojis in it is going to across as inappropriate.

Stick to a tone that is fitting for what you’re having to announce – the sad passing of someone you cared about.

Also avoid using any language that might be considered offensive or inappropriate. Your post is going to be seen by a wide audience, including friends, family, and acquaintances. So think about what them as you write it.

In order to get the post to the people you want to see it you might consider asking friends and family to share it. When something is shared on social media it can spread quickly and reach the right people, helping the news of the passing to get to everyone quickly.

If you do want other people to share the announcement then you need to ensure that the post is set to public, not private. You can adjust the privacy settings within Facebook so it’s probably a good idea to familiarize yourself with them before posting.

When you announce the death of a loved one it can be a difficult moment. You’re dealing with the grief of losing someone special and how hard that can be.

So if you feel like you need it don’t be afraid or embarrassed to ask for support. Family and friends will be there for you whatever it is you need.

Social media is built around engagement. So people will react and respond to your announcement. That means you might have to reply yourself to what other people say but also deal with the emotions seeing others sad or reminiscing over the life of the deceased.

Death announcements are usually posted on Facebook by family members or close friends of the deceased. Parents, siblings, their spouse etc. would all be acceptable people to announce something like a death.

Sometimes a person is chosen by the family to deal with things like announcing the death on social media. Whilst the family grieves it can be hard to do everything, and they may have to focus on arranging the funeral, financial matters etc.

If that’s the case then the person designated should be in touch with the family so they are able to provide the necessary information such as the date and cause of death, as well as any funeral or memorial arrangements.

Sometimes it may be the person who is responsible for making funeral or memorial arrangements that makes the announcement on Facebook. This might be a funeral home or a member of the clergy. But this isn’t all that common and should be signed off by the deceased’s family first to make sure they are happy for it to be announced this way.

Death announcements on Facebook are almost always for people who had a Facebook page/account. This is because you can use their accounts reach all the can contacts and friends they had on there. If they weren’t a user of Facebook then it might not be as appropriate.

It’s also extremely important to respect any wishes the deceased may have had about announcing their death on social media. There are some people who specifically state they don’t want their death shared over social media when it happens.

The family may also request this. If so then you should absolutely respect it and not go against those wishes.

Sooner is better than later when it comes to announcing a death. However, for close family and friends to learn through social media could be upsetting. So you should ideally wait a couple of days before posting anything.

You won’t want to wait too long though. It’s important to get the information out there and let those who weren’t necessarily close family know too.

You should also think about the time of day you post the announcement. If you do it too early or late people may miss it or not be prepared. Instead aim for a time when people are around and able to reply or offer condolences and their thoughts.

Remember though that if you’re not a member of the family of the deceased you should coordinate with them before paying anything. They may have their own idea of when they want to announce the death – after the funeral or memorial, for example – so always check with them first.

If you’d like some inspiration and ideas of how to write a death announcement for Facebook then the following examples should help.

It is with such sadness that we must announce the passing of [name], beloved [mother/father/grandmother/grandfather] and [friend/colleague/neighbor]. [He/She] passed away peacefully on [date] at the age of [age].

[Name] will be remembered for [his/her] [kindness/generosity/sense of humor/etc.]. [He/She] touched the lives of so many and will be deeply missed.

The funeral/memorial service will be held on [date and time] at [location]. In lieu of flowers donations can be made to [charity or organization].

We invite friends and family to share their memories and condolences in the comments below. But please we request this post isn’t shared on private Facebook pages yet.

Thank you for your support during this difficult time.

I am struggling to find the right words to announce the passing of my beloved husband, James. He passed away unexpectedly on Thursday, 14th September and I am beyond heartbroken.

Family and friends are invited to use James’s Facebook page as a memorial website. Funeral updates can be found on James Facebook page over the coming days and weeks.

We invite friends and family to share this post so everyone who knew James will be informed of his passing.

Thank you for your support during this difficult time.

It is with unimaginable grief that we announce the passing of our beloved daughter, Lucy. She passed away tragically at the young age of 8 on 24th April.

She was taken from us far too soon and will be missed more than no words can say. Life will never be the same without her.

A Funeral service will be private for immediate family members only.
Friends and distant relatives can make donations to the St. Barnards Children’s Charity.

Your support during this unimaginable time means the world to us.

It is with heavy hearts that we announce the passing of our dear friend David. He passed away peacefully after a long battle with cancer on 12th March surrounded by loved ones.

There will be a memorial service on March 25th. In lieu of flowers the family has requested that donations be made to [charity or organization] in David’s name.

We welcome your prayers and hope you will join us in celebrating David’s life and remembering the wonderful person that he was. 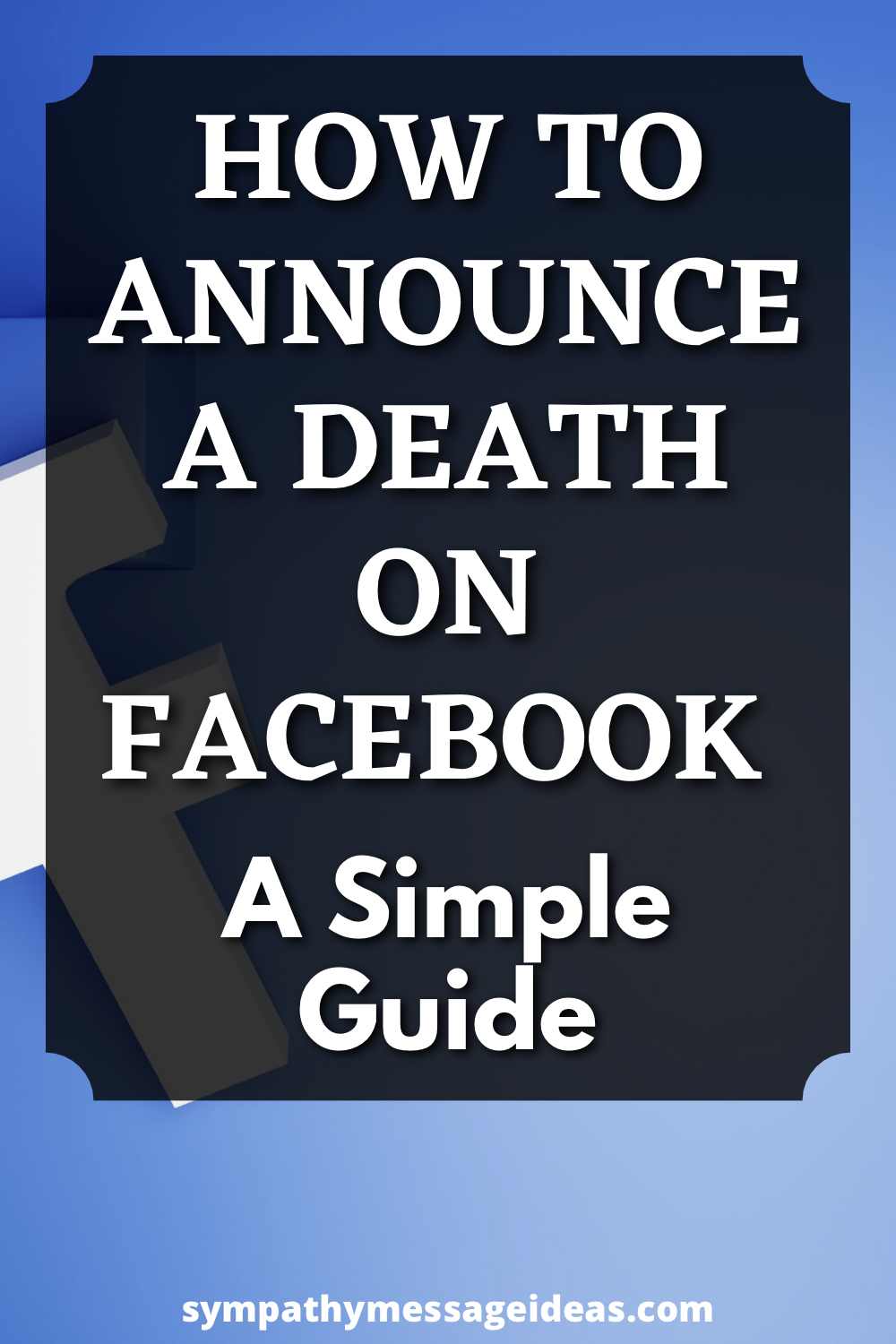